Not much to blog about today, but just some random happenings at our house


Santa came early and brought Landon a new bunk bed. It's a twin size on top and a full bed on bottom
It also has two HUGE drawers under the bed for storage that's on rollers. My organizing OCD loves that 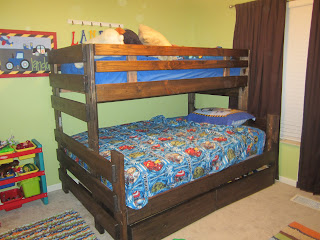 When Houston arrived our guest room became his room. So when we have family or friends spend the night they have to sleep on an air mattress. So we just gave in and finally found someone that would build what we wanted and stain it the color we picked as well. So far Landon LOVES it and he LOVES sleeping on the top bunk. It's also stack able so if we ever want to de attached them into two separate beds we can 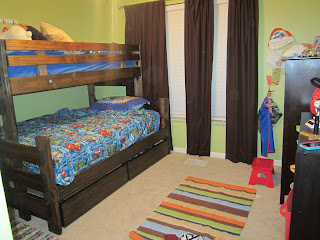 My friend Amanda has been posting on her blog about these super cute necklaces. When I got on their website to check them out they were on sale and free shipping. So I bought 4 of them. Two for me, a red and blue one and two for Christmas presents.
http://bridierbaubles.wazala.com/
Today their whole website is 15% off for Cyber Monday 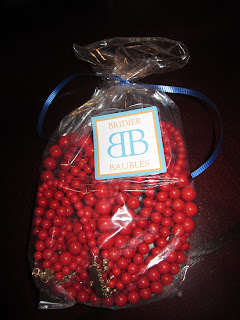 This little guy had his first ever ear infection last week and a double one at that. His eyes were blood shot due to drainage out of them. 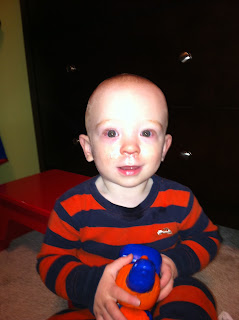 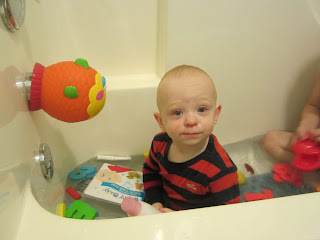 The boys usually bathe together, but since H was sick we bathe them separate. Well I went to put a load of laundry in the dryer which is right next to their bathroom and I came back to find H in the tub. Landon even said he didn't help him get in there that H did it himself. 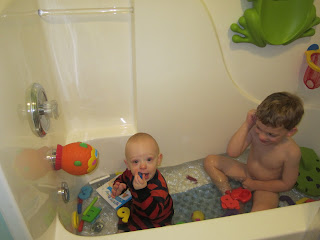 I found this chicken wire, burlap blue frame and now I'm trying to figure out where to hang it. I thought it was cute and it was cheap 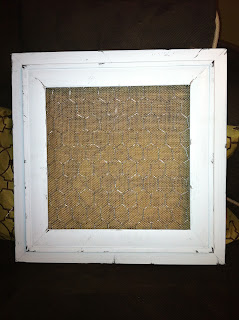 That about sums up our random happenings. We were able to get Christmas decorations up before the stomach bug hit Jason, Landon and I Saturday night. Were all finally on the mends. 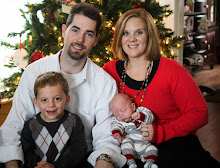